Happy belated Easter! (if you're into that sort of thing) It was just a plain old Sunday for me since I have no family here to celebrate with, but with a rocking gym work out, candy, Ethiopian food, and Game of Thrones and lovely weather in Chicago it was a splendid day. 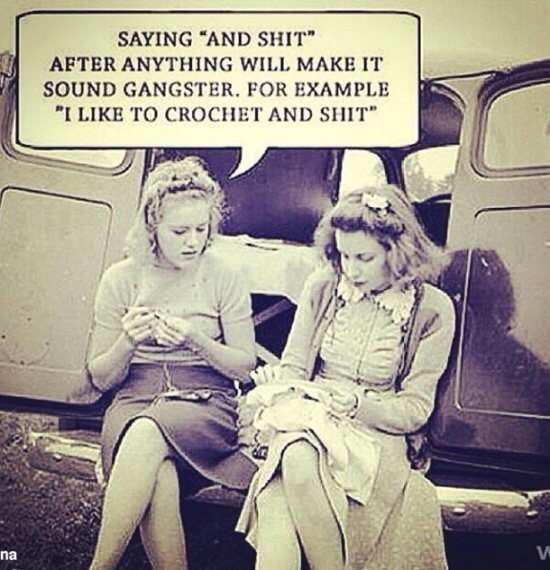 I had an unusual weekend. It was quite busy yet oddly relaxing when I needed it to be. I took a practice GMAT test on Saturday and well…. I should not have. Why you ask? Well, I ran so many errands and literally ran 5.5 miles prior so that when I sat down to take my exam my brain was just ‘mush.’ I could feel it as soon as I read the first question. I should have stopped and said ‘Not today.’ But of course being stubborn I decided just to power through and did better than my first GMAT but I did not increase my score as I was hoping to this time. Alas, I’m motivated to continue to study more effectively and to plan differently from here on out about taking the practice tests. ONWARD!

To ‘wind down’ I worked on a little tote-bag project of an alien babe. Verdict? WAY CUTE. I just love SUBLIME STITCHING’s embroidery patterns. I’m think of doing a 101 post here would any readers be interested? 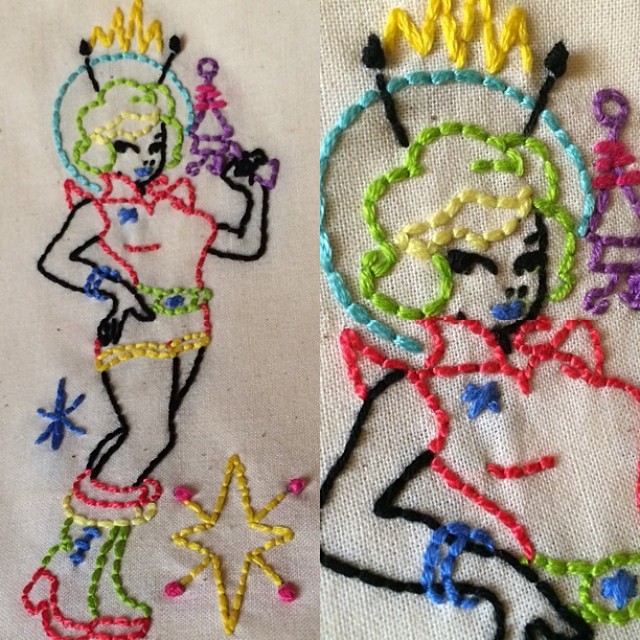 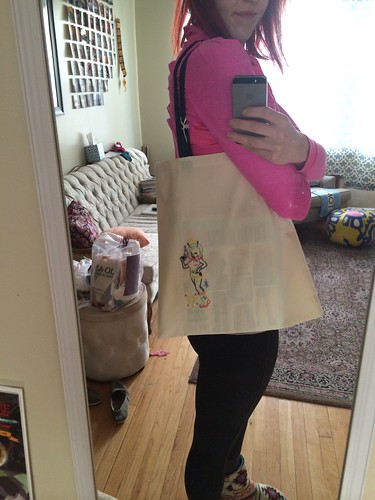 Then, I went to a co-worker’s ‘going-away party’ Saturday evening and I had some of the best brisket of my life. Seriously. It was so amazing. It made me remember that on Saturday April 26th I will be entered into a raffle (of only 300 other tickets) to win a ‘BIG GREEN EGG.’ I am beyond excited I bought 2 tickets so that’s a 1/150 chance! (haha. hey someone’s gotta win it)

From that little shin-dig I went with my lovely co-worker to see Ghost BC. Now, I hadn’t ever listened to Ghost aside from a song or too. It’s not really ‘my style’ of music, but I had heard they are great showmen and was very curious. Well, they were incredibly THEATRICAL. Almost to the point of laughter – seriously it was supposed to be so ‘evil’ and ‘occult’ it was most often humorous. The fans were hysterical also – it seemed me and my friend were the only ones not in GHOST apparel and vehemently and vigorously singing along to every song while playing air guitar/drums. There were grown-ass men next to us hugging it out in sheer joy to have seen them live. Like ‘OH MY GOD MAN – GHOST!’ We got lots of funny looks and sneers over the shoulder, because we were giggling and chatting quite a bit. Oops…

Sunday, I deep cleaned my house and it felt great! Re-energized and ready to dominate for the week on the home front. I started working on a little crochet project too since I hope to hit 1000 followers on IG this week and will thus host a giveaway! 🙂

Sunday night, I met up with my homie and had Ethiopian food (traditional Easter you know? teehee) and then binged on loads of candy/left over cupcakes while watching GAME OF THRONES! I have to say, things are becoming deviated from some of the book plot so I’m way excited to see what comes next.